Participation in a business seminar in Paris 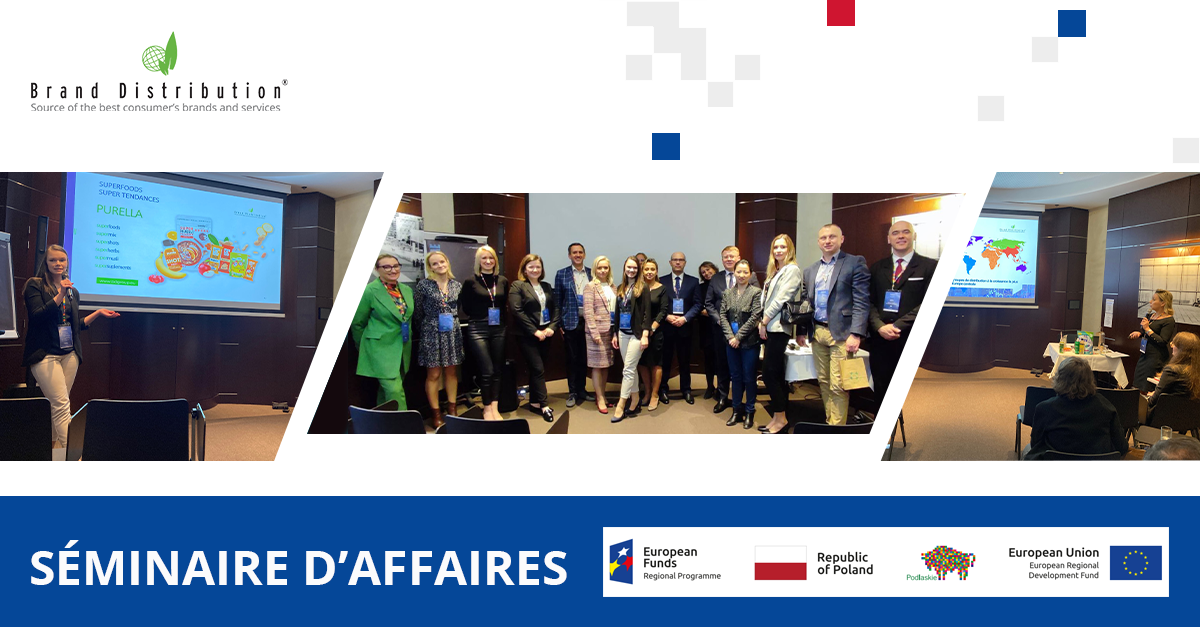 From 4 to 8 April 2022, the Brand Distribution Group delegation took part in the “Podlaskie – a natural path of development“ economic mission in Paris, organised with the EU support by the Podlaskie Voivodeship as part of the “Economic promotion of the Podlaskie Voivodeship” project. While preparing for the trip, the BDG team took part in a training run by Nicolas Levi (investment analyst and economic advisor for French entities investing in Poland).

On 6 April, during a business seminar on FMCG industry, the BDG delegation held a presentation “Trends and new products from the heart of green Europe”. They talked, among others about changes on the European consumer market and the growing interest in products made of natural raw materials. They presented products like superfoods, fruit sweets and snacks, modern cosmetics and eco-formula detergents from i.a. Vitamizu, Purella or Bob Snail.

The stay in France was also full of individual business meetings with French contractors regarding the possibility of establishing trade exchange and developing existing business relations with foreign partners.

Czytaj także
28 Jun 2022
Participation in a business seminar in London
"Trade after Brexit, promotion of Polish products, international expansion - these are the topics of a series of meetings in…
23 Jun 2022
Competition for students
FIGURE OUT THE FMCG INDUSTRY! We organized a competition for students in which you can win an internship at Brand…
19 Apr 2022
Participation in a business seminar in Paris
From 4 to 8 April 2022, the Brand Distribution Group delegation took part in the “Podlaskie - a natural path…
Our offices
POLAND
Brand Distribution Group
18 Niepodległości Avenue
02-653 Warsaw

www.bdgroup.eu
2022 All rights reserved
Created by MX Studio
This site is protected by reCAPTCHA and the Google Privacy Policy and Terms of Service apply.
Sign up for an interview
Fill out the form and we will call you back

Please be aware of internet scammers using our website and identity for fraudulent purposes. If you are unsure whether the transaction you are about to enter is genuine, please contact us on contact@bdgroup.eu to verify.

We always report internet crimes to Police and press for most higher charges for criminals using our website to deceive others. If you are a victim of such a crime, please do not hesitate to contact us as well. We look forward to hear from you!